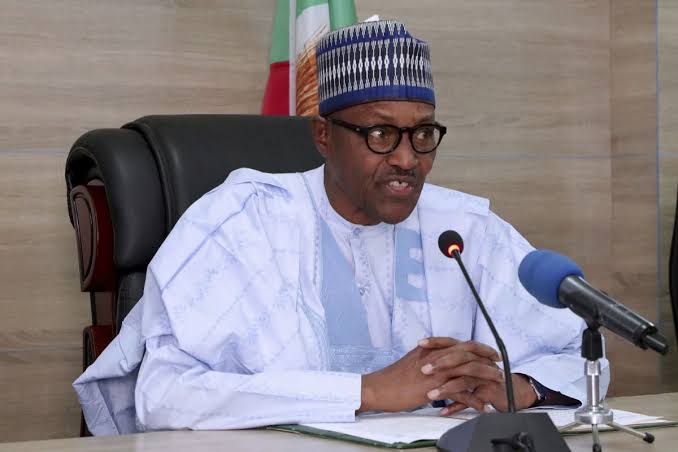 As Nigeria seeks alternative sources of energy to power it’s economy, President Muhammadu Buhari has pledged Federal Government’s commitment to focus more on the development of its vast gas resources to transform the country.

Speaking at the ground breaking ceremony of Train 7 of the Nigeria Liquified Natural Gas (NLNG) project, in Bonny Island, Rivers State, on Tuesday, President Buhari said the focus of his administration would be to ”boost the development of Nigeria’s abundant gas resources, strengthen the gas value chain, develop the much needed infrastructure and enhance safe operations in the sector as contained in the National Gas Policy of 2017”.

The Train 7 project will be financed partly from NLNG balance sheet and partly through a $3 billion multiple sourced deal with 30 reputable institutions.

The President who spoke virtually, at the ground breaking ceremony, said “through the Decade of Gas initiative, which I recently launched, we will transform Nigeria into a major gas and industrialised nation with gas playing the key role as revenue earner, fuel for industries and necessary feed for petrochemicals and fertiliser plants“.

Buhari who said he was proud of the feat achieved by the NLNG as the pioneering  LNG company in Nigeria, noted that the achievements by the gas company “has proven the viability of the gas sector over the years” adding that currently gas has contributed “about one percent to our country’s GDP with payment of dividends to the Federal Government and other shareholders without fail. These are indeed commendable accomplishments by the company’s 100 percent Nigerian management team”.

”NLNG has generated $114 billion in revenues over the years, paid $9 billion in taxes; $18 billion in dividends to the Federal Government and $15 billion in feed gas purchase. These are commendable accomplishments by the company’s 100 percent Nigerian Management Team,” he said adding that ”with this level of performance, I can only hope that the company continues to grow starting with this Train 7 project but also positioning Nigeria to thrive through the energy transition”.

He therefore, urged the board of directors, management and staff of NLNG, the host communities, the Rivers State Government and agencies of the Federal Government to continue to collaborate to ensure the completion and eventual commissioning of the Train 7 project safely and in record time, so that Train 8 can also follow.

“As we flag off the Train 7 project today, I look forward to the development and execution of more Gas Projects by the IOCs and Indigenous operators, and more Trains from Nigeria LNG to harness the 203 trillion cubic feet of proven gas reserves thus opening the door of opportunities to further unlock our country’s huge gas reserves estimated at more than 600 trillion cubic feet“.

He congratulated the shareholders of NLNG, the Federal Ministry of Petroleum, NNPC and indeed the NCDMB and other stakeholders for very exemplary collaboration which has culminated in this great opportunity for Train 7.

In his address, Minister of State Petroleum Resources Chief Timipre Sylva who performed the ground breaking ceremony on behalf of President Bihari said the coming on stream of the NLNG has helped to cut down gas flaring from 65% to a mere 12 % in the last decade.

According to Sylva “one of the remarkable benefits is that the nation’s operational flare status has reduced drastically from 65% when Nigeria LNG came into operation to about 12% today. This is evidence that Nigeria LNG is a blessing to the nation as it positively complemented crude oil exploration by monetizing flared gas, today yielding huge revenue for the nation and the investors”.

He said “the jobs created and the business opportunities realized since the inception of the LNG operations in Bonny Island is also remarkable. Indeed, the impact of Nigeria LNG’s operation has been positive both for the company’s host communities and for Nigerians who are now enjoying the impactful social investment that Nigeria LNG sponsors at the national and the regional levels in the country”.

“It is therefore very reassuring to support the expansion of Nigeria LNG’s operation with the addition of one more train to its already thriving six- train plant complex here in Bonny Kingdom, to make it a seven-train LNG complex,” he said.

The minister said the ground-breaking ceremony “is a guarantee to every stakeholder of more dividends in terms of further reduction in gas flaring, more revenue for the nation and the shareholders, more job opportunities especially at the construction phase and more social investments for our society”.

He noted that “unlike the previous trains, the Nigerian Content level in the Train 7 project is at a record-breaking level of 55% Nigerian Content for a midstream project covering engineering, fabrication, construction, manufacturing, logistics, and many other areas”, stressing that the “provisions have been made for the Community Content aspects of the Train-7 project as contained in the NOGICD Act. This is the first time that the NCDMB Community Content guidelines is being deployed on a mega project like this to ensure massive community participation”.

Sylva said as Nigeria consolidates it’s status “as a gas exporting nation, we are also rolling out policies to ramp up our domestic utilization of gas. The year 2020 as the Year of Gas was a remarkable success. We have shifted our focus to years 2021 to 2030 as the Decade of Gas wherein we will deepen LPG and CNG penetration across the country for domestic cooking, power generation, and Autogas for vehicles”.

He said the coming on stream of Train 7 “will enable the increase of LNG exports to markets that have growing demand for LNG as a preferred fuel for industrialization and power generation; similar template to utilize LNG will be replicated in Nigeria to further hasten our industrial development”.

He thanked President Buhari for his commitments in helping to resolve all uncertainties that delayed the final investment decision on the project adding that “Today history is made. Mr President today is your day”.

Kyari said that the expectations of the president in respect of more LNG Trains is assured with the ground breaking ceremony of the Train 7 project.

The NNPC boss said with the realization of the multi billion naira NLNG Train 7, the confidence of “our shareholders have been assured. We are confident that more investments will come”.

In his welcome remarks, Managing Director of NLNG Mr Tony Attah said the project would stimulate inflow of more than $10 billion Foreign Direct Investment to Nigeria  create 12,000 direct and over 40,000 indirect jobs stressing that the decision to begin the Train 7 project was to improve on domestic gas utilization and investments in the sector in the country.

Attah said that despite the uncertainties that surrounded the initial takeoff of the project “our shareholders stuck to their guns and with enormous support from the Federal Government through engagements,” stressing that “the benefits to our people will definitely increase on the back of this Train 7 Project which will expand our capacity by 35% from 22MTPA to 30MTPA”.

Attah added that the development of Nigerian local capacity and businesses through the 100% in-country execution of Construction works, Fabrications and major procurements would also be enhanced with the coming onboard of Train 7 project.

He noted that “the global energy demand is set to increase by more than 40% by year 2050 and we strongly believe that this project is timely as gas will continue to play a major role as the preferred energy of choice in the current and future energy mix”.

“Gas is readily available in Nigeria, it is cleaner and very affordable; hence a massive opportunity for our dear country. With 206TCF of proven gas reserve and a potential additional 600TCF! I believe that Train 7 will be an inspiration and catalyst for Trains 8, 9, 10 and even to15 in line with the recent declaration of “Decade of Gas” by Mr President,” he further stated.

Present at the ground breaking ceremony were the deputy governor of Rivers State Dr (Mrs) Ipalibo Banigo who represented Governor Nysome Wike, members of the National Assembly, board members of NNPC, NLNG, Managing Director of the Nigerian Content Development and Monitoring Board (NCDMB),Engr. Simi Wabote, first class traditional rulers in Rivers State, members of the diplomatic community among others.

Connecting Internet To Schools Will Boost GDP By 1.1 Per Cent — Report

Why is it important to discard emotions while investing in the crypto market?