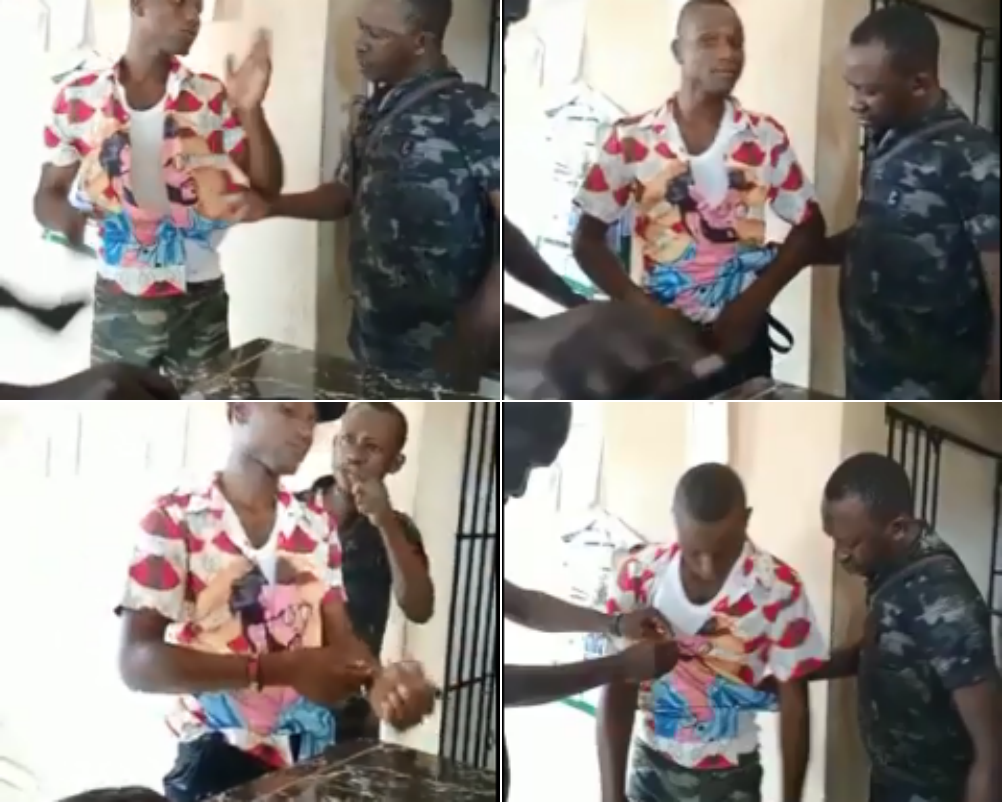 One Victor Desmond, an off duty cop, has been arrested by men of the Nigeria Police Force, Orlu Command, Imo state, for been in possession of a locally made Pistol and a Biafran face cap.

GCFRNG gathered that Victor, a police constable; is a serving member of Nekede Police Division who was apprehended May 7, at about 3:20 pm, at 64 PMF BASE, when he went to collect his certificates which was supposed to be issued to him after training.

Officers suspected fowl play when they noticed that Victor flaunting a Biafran face cap and when confronted they discovered a locally made pistol on him. Upon interrogation, it was discovered that Victor stole the firearm from the armory without the consent of the armorer.

The suspect has been properly detained and efforts are made to transfer the case to SCIID for further investigation.

This is coming at a time when the Nigeria Police Force is being attacked in most part of South Eastern Nigeria by suspected IPOB, ESN militia.