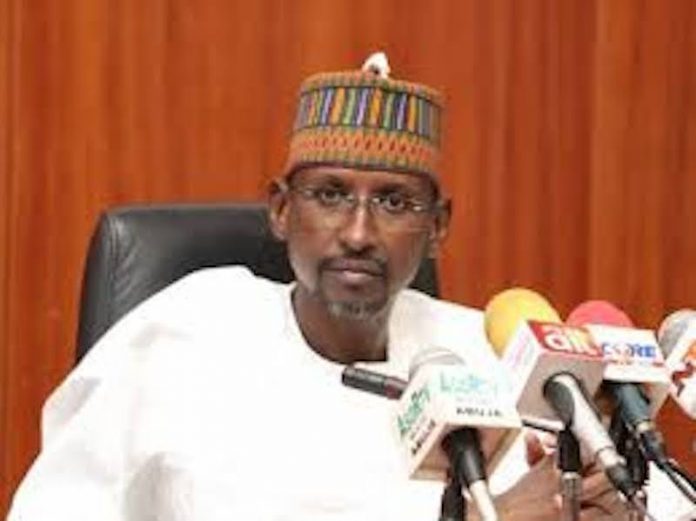 The Federal Capital Territory Administration will continue to work closely with the Nigerian Armed Forces and all other security agencies for the continuous security of the FCT and the safety of its residents.

This was reiterated by the Honourable Minister of the FCT, Malam Muhammad Musa Bello when he received a delegation from the Defence Headquarters Garrison in his office, last week.

Mallam Bello said that Abuja has been secure due to the close working relationship between the heads of the various military formations and other security agencies in the FCT over the years.

He therefore thanked them for the good working relationship between them as members of FCT Security Committee and within the various security task forces that they operate in.

In the words of the Minister, “we will work very closely with you and your offices under the various task forces that you operate, as well as the main Security Committee which meets regularly”

“Usually in that Committee, as you know, we have the representative of the political leadership at the Area Council level, the traditional leadership of the FCT Council of Chiefs as well as the religious organizations as represented by CAN and National Mosque Committee” Malam Bello added.

The Minister reminded his guests that Abuja occupies a very unique position as the capital city of Nigeria, its major political center, and the headquarters of its armed forces and diplomatic corps.

Speaking earlier, the Commander, Defence Headquarters Garrison Maj. Gen. Preye Fakrogha said that he was in the FCTA on a familiarization visit following his appointment.

He said that he had visited other Security agencies within the Territory and pledged to work closely with all of them in line with the leadership philosophy of the Chief of Defence Staff.

He said it was in demonstration of this, that the heads of the other military formations in the FCT had accompanied him on the visit to the FCTA and assured that all the security agencies in the FCT will work in synergy so that the security of the nation’s capital will be guaranteed.

In attendance at the event were the Hon. Minister of State of the FCT, Dr Ramatu Tijanni Aliyu, the Permanent Secretary, FCTA, Mr Olusade Adesola, the Chief of Staff to the FCT Minister, Malam Bahir Mai-Bornu, the Director, Department of Security Services, FCTA Mr Adamu Gwary and other senior staff of the FCTA.

BREAKING: Nigerian military states position on call to take over power from Buhari