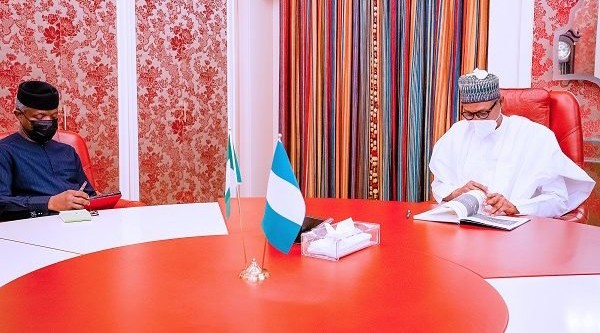 He left Nigeria on Tuesday, March 30, briefly after a security meeting with defense and intelligence chiefs as well as other security sector managers.

Recall that in his absence, vice president Osinbajo took charge including presiding over the Federal Executive Council (FEC) meeting.

The briefing, it was gathered, held at the Presidential Villa, Abuja and was meant to update the President of developments while he was away.