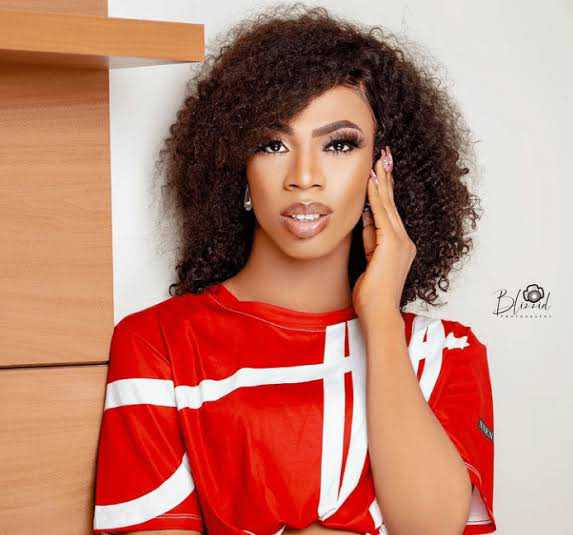 Popular Nigerian cross-dresser, James Brown Obialor has explained that the reason for his outlandish behavior.

A video circulating on social media captured the moment the cross-dresser  disclosed he was deprived of maternal care while growing up as a child and that is reason he behaves in a razz manner and he talks incessantly.

In the video, the cross-dresser could be seen baring this mind while giving a speech of introduction at his recent birthday celebration.

GCFRNG recalls that the cross-dresser shared his birth story a day before he turned a year older. He had disclosed that his mother was advised to abort him but she failed after she made several attempts.

The crossdresser further revealed that he never experienced a mother’s love and care. He added that his grandmother raised him but he still feels empty.

Read Also: “I Have Never Had A Mother’s Love” – James Brown Tells His Birth Story As He Turns A Year Older

Watch the video below:

“Love you Dad” – Boluwatife says as he spends quality time with his father, Wizkid