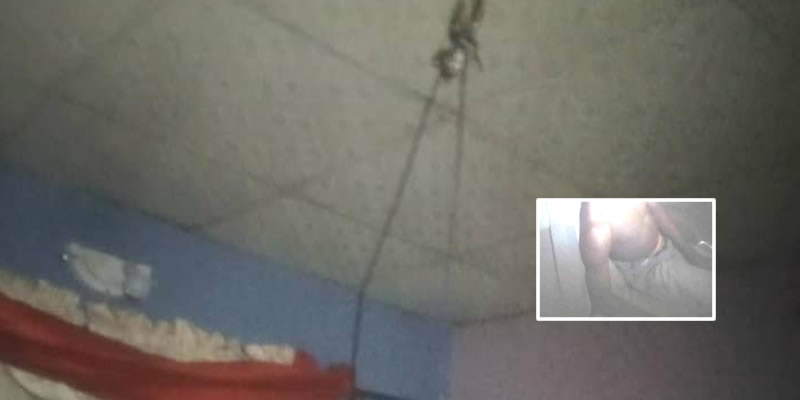 After her young nephew reportedly killed himself by hanging from a ceiling fan on Monday, November 31, a business woman has been apprehended in Lagos.

According to one Vera, the woman’s neighbour, who is based in Lagos, the incident happened on Monday, November 30, when the boy’s aunt went to the market to buy goods.

She claimed that boy identified as Kelvin, hung himself from the ceiling while reportedly trying to confirm if is possible for one to die by hanging.

“Life is highly unpredictable, this little boy here helps the aunt in her food stuff shop, like every other business woman, she went to the market to buy goods, not knowing that tragedy awaits her yesterday.

“This little boy, decided to do some rehearsals, trying to find out if truly hanging himself will take his life, behold this little boy died yesterday and our neighbor now police custody. How can this happen? What went wrong? He’s well fed and taken care of, what could have pushed him into taking his own life? Oh Kelvin why? I saw him on Saturday playing about. Chai” she wrote.