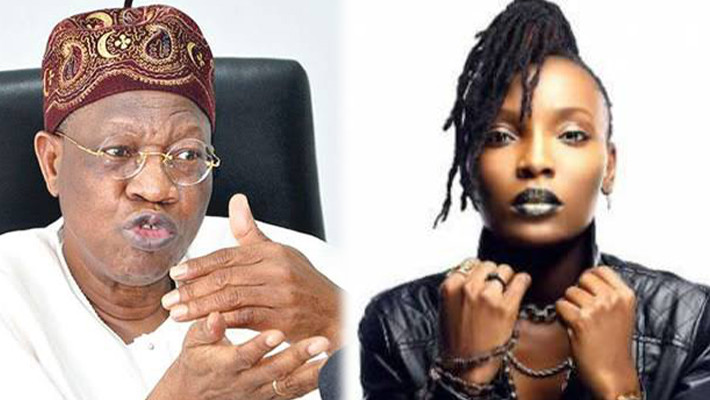 The minister of information and culture, Lai Mohammed has been blasted by DJ switch over the numerous claims he has come out to make concerning her and the October 20 shooting at the Lekki tollgate.

Recall that the information minister, Lai Mohammed last week had a press conference where he attacked CNN over the documentary they released concerning the shooting incident.

Mohammed at the press conference also called DJ Switch a fraud and also asked who was ”sponsoring her”.

Reacting to his comments via her Twitter handle, DJ Switch wrote

”How can a “minister of information” be so “misinformed”?The only believable thing about him, is his name…Lai Unfortunately sir,the truth is a very stubborn thing! Tnk u all 4 ur well wishes & prayers.Its nt bn easy 4 me bt d need 2 #SoroSoke is more important than their bullying”

DJ Switch Will Be Exposed In Due Course, Says Lai Mohammed – GCFRNG