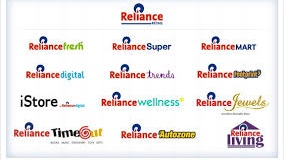 We had billed it as Ambani vs Amazon.

And if the latest reports are anything to go by, the first round seems to have gone to the richest man in India, as his company Reliance Industries now seems to be the frontrunner to accquire a huge stake in the Future Group, in which Amazon already has a small stake and was angling for more.

According to India’s leading daily Times of India, Future Group will merge three companies—Future Retail, Future Lifestyle Fashions and Future Supply Chain Solutions—and the combined entity is to be acquired by Reliance Industries.

This deal, if it eventually happens, will further consolidate the position of Reliance Industries, which recently became debt free thanks in the main to big-ticket investments that Jio Platforms managed to attract, as number one brick-and-mortar player across categories like groceries, fashion and general merchandise.

Over the years, Future Group also set up Future Consumer Enterprises, its FMCG company and involved itself in financial services, through insurance joint ventures with Generali.

With business stumbling due to the lockdown, and its share price tumbling due to financial difficulties, the Future Group was looking for a saviour. There were many suitors, including Amazon, which understandably wants to cement its place in the e-retail segment in India.

Amazon had earlier last year picked up a 49 per cent stake in Future Coupons, a promoter group entity.

But the various restrictions on FDI in multi-brand retail have put paid to Amazon’s plans, and it is the Reliance Industries that is said to be in driver’s seat as far as this deal is concerned.

For the record, a few other companies and equity investment firms were also in the race for a piece in the Future Group.

Reliance Retail is the largest retailer in the country operating 11,784 outlets. Reliance Industries’ digital subsidiary Jio Platforms has also unveiled recently JioMart, the digital platform that will connect neighbourhood grocery shops with consumers.  It will leverage into Reliance Retail’s infrastructure and ecosytem.

Facebook and Walmart, with their reach and depth across the Indian market, are said to be a vital cog in Jio Mart’s plans. Of course, Facebook has put $5.7 billion in Jio Platforms.  Jaadhu Holdings LLC, the wholly-owned subsidiary of Facebook, has been set up in Delaware, USA specifically for this deal.

The organised retailing arm of Reliance reported revenues of Rs 162,936 crore and EBITDA of Rs 9,654 crore in the year ended March 31.

Given its owns vaunting dream of building a platform for small kirana stores, it is hard to see how Reliance and Amazon can remain in the same folds of Future Retail.

Open Source – the key to unlocking the networks of the future

Do Star Wars games suddenly have a more hopeful future?

The cheapest Roku sale prices and deals in July 2020