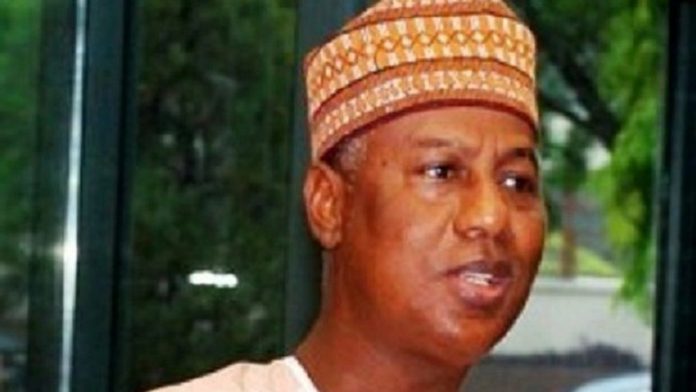 The trial of former governor of Kebbi State, Usman Saidu Dakingari was on Monday, June 29, 2020 stalled due to absence of his counsel, A.A. Awomolo and the counsel to the second defendant, O.A. Dada.

Prosecution witness, Olabode Omolola was also absent in court due to the subsisting lockdown.

At the last adjourned date, the matter was stalled due to the absence of the second defendant and it was subsequently adjourned to Monday, June 29, 2020 for continuation of trial.

However, at the resumed hearing on Monday, prosecution counsel informed the court that at the last hearing of the matter, PW 4 testified and concluded evidence in chief but didn’t conclude his cross examination.

Prosecution counsel, Mohammed Gambo informed the court that his witness, PW4 could not appear in court on Monday because of the lockdown as he is currently in Ibadan.

Counsel representing the third defendant A.A Fingilla who also represents the first and second defendants, informed the court that the counsels for the second and third defendants were also affected by the lockdown as they both reside in Abuja and Lagos respectively.

Dakingari is standing trial alongside two others, Sunday Dogonyaro and Garba Rabiu Kamba for allegedly receiving the sum of N450,000,000 (Four Hundred and Fifty Million Naira Only) from the former Minister of Petroleum Resources, Deizani Allison Madueke for the purpose of influencing the 2015 general election.

Justice S.B. Onu adjourned the matter to October 8, 2020 for continuation of trial.

No More Hike In Electricity Tariffs Until 2021, Says Lawan – GCFRNG