Alexandria, Virginia – Doug Pagitt, a 50-something-year-old preacher from Minnesota with a penchant for hipster fedoras and skinny purple jeans, has one of the hardest jobs in American politics.

Pagitt, along with a handful of other evangelical Christians, has been roaming the United States in a bright orange bus trying to convince his fellow believers that President Donald Trump is unworthy of their adulation. His tour has so far taken him to all early-vote states and about a dozen others. He wants to hit all 50 states before November’s general election.

At a Presbyterian church in the suburbs of Washington, DC, just days before Virginia’s Super Tuesday primary, Pagitt, between gospel songs by a former professional cheerleader and a Methodist minister with a long grey ponytail, told the roughly three dozen attendees at one of his rallies that he understands he is preaching to the choir – and that it is long overdue.

“It’s easy as a choir member to lose your song,” he told the crowd. “It’s easy to lose your voice. It’s easy to feel dispirited. We have a whole choir of faith in this country that has lost its song sheet … and we want them to rise up and start singing a new song.”

The song he wants US Christians to sing is about the convictions of their faith. The president’s behaviour, he says, is so far out of synch with the teachings of Jesus Christ that they have a moral imperative to vote him out of office. He wants white evangelicals to set aside their reservations and do the unthinkable – vote Democrat.

It remains to be seen, however, if anyone in the US evangelical Christian community is listening, or wants to hear Pagitt’s message. 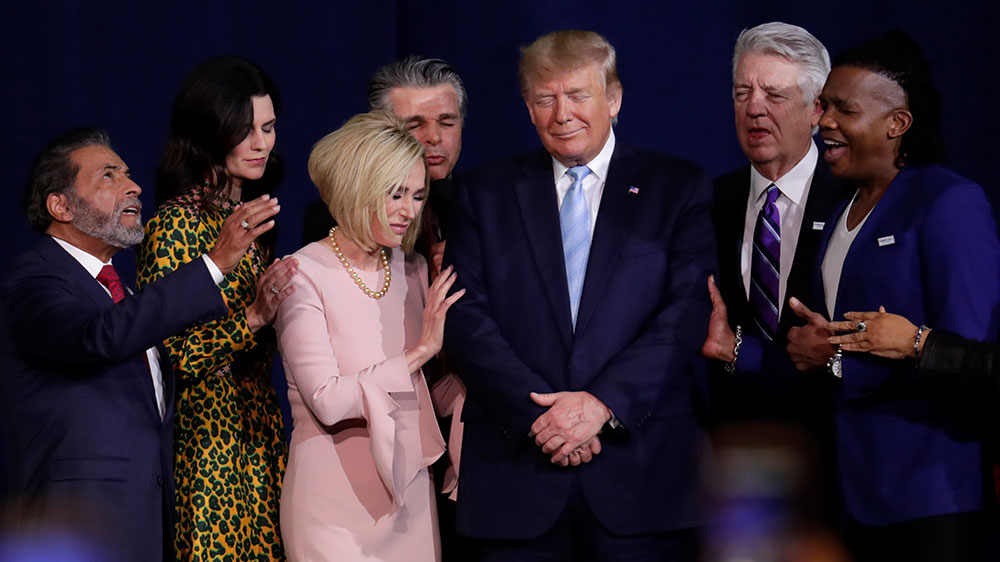 Trump, despite flouting traditional Christian values in his personal life, enjoys solid support among white American evangelicals. More than 80 percent of them voted for him in 2016, and seven-in-10 said they still approve of his job performance. That compares with about 50 percent of mainline Protestants who said they approve of Trump, and 36 percent of Catholics.

“Evangelicals seemed the least likely among Republicans to support Trump back in 2015. But they have become his most faithful base of support because they fear what he opposes more than favour what he supports,” said Ryan Streeter, a scholar at the American Enterprise Institute in Washington, DC. “They are not economically motivated, they are culturally motivated.”

In recent years, many conservative Christians in the US have come to feel backed into a corner. The number of faithful, while remaining high relative to other Western democracies, has been in decline since the 1960s. One Pew Research poll in 2019 counted 65 percent of American as Christians, a number that has declined by 12 points in the last decade.

For many in the movement, the haemorrhaging is not self-inflicted.

“This is not decay; it is organised destruction,” Attorney General William Barr, a convert to Catholicism, proclaimed in a widely noted speech at Notre Dame University in October 2019. “Secularists, and their allies among the ‘progressives’, have marshalled all the force of mass communications, popular culture, the entertainment industry, and academia in an unremitting assault on religion and traditional values.”

Barr and some other conservatives believe Christians have been unduly restrained in their struggle against progressives, and in Trump, they see a street fighter with few restraints willing to punch back in a manner few have been willing or able to in the past. God, they believe, is making America great again through an imperfect vessel.

Conservatives & Christians need to stop electing “nice guys”. They might make great Christian leaders but the US needs street fighters like @realDonaldTrump at every level of government b/c the liberal fascists Dems are playing for keeps & many Repub leaders are a bunch of wimps!

It is a role that Trump, keenly aware of how crucial evangelicals are to his continued electoral success, has embraced wholeheartedly. He has gleefully thrown off the shackles of political correctness and championed evangelical positions on issues ranging from prayer in school to transgender rights to the location of the Israeli capital.

On one issue in particular, abortion, Trump, while president at least, has proven to be unwavering. He was the first US president to attend the annual March for Life in Washington, DC, last month, and has appointed a slew of conservative judges, including two Supreme Court Justices. He has also forbidden foreign aid dollars from reaching organisations that provide abortions and instituted rules domestically that prevent family planning clinics from referring patients to abortion providers.

It is no wonder, then, that prominent evangelicals have not hesitated to bend their knees before Trump. Prominent leaders such as Jerry Falwell Jr and Franklin Graham have called him a “dream president” and said “God’s hand intervened” to get him elected.

Cracks in the foundation

The support has not been universal, however, and bubbled over in December when one of the movement’s most influential voices, Christianity Today, declared shortly after the US House of Representatives voted to impeach Trump that it was time for him to go.

“His Twitter feed alone – with its habitual string of mischaracterizations, lies, and slanders – is a near-perfect example of a human being who is morally lost and confused,” its editor, Mark Galli, wrote in an editorial. “It’s time to call a spade a spade, to say that no matter how many hands we win in this political poker game, we are playing with a stacked deck of gross immorality and ethical incompetence.”

In response, some 200 evangelical leaders signed a letter lambasting the editorial, saying it “offensively questioned the spiritual integrity and Christian witness of tens-of-millions of believers who take seriously their civic and moral obligations.” 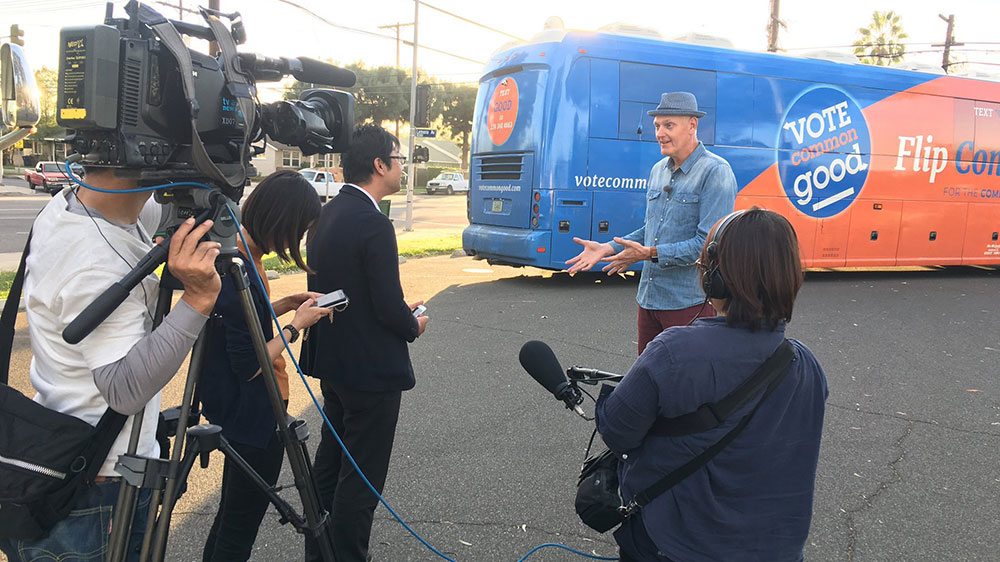 It is leaders like those who moved Daniel Deitrich of South Bend, Indiana to take the stage in Alexandria at Paggit’s Faith Hope Love tour. For three years, he told the crowd, he has been waiting for faith leaders to speak out against the president. He has been, he said, “deeply saddened” by the silence.

So he wrote a song. “A hymn for the 81%”, which he sang for the crowd that evening, is both an homage to the church he loves and a call to repent for those who enable the president. He posted a version on YouTube in mid-January and already it has racked up more than 634,000 views. Among the lyrics: