The flags of the United States and North Korea served as a backdrop to the meal, served up in Hanoi in the luxurious surroundings of the Sofitel Legend Metropole Hotel.

But despite the convivial start, Trump walked out of the Hanoi negotiations the next day, on February 28.

One year has passed since that moment, and experts are split on whether the nuclear talks are definitively over or merely undecided.

“We haven’t really had discussions or real negotiations since that moment,” said Peter Ward, a North Korea analyst who researches the North Korean economy. “It has basically been dead silence.”

This June, the Korean Peninsula will mark the 70th anniversary of the start of its technically still-ongoing war. The two countries – in a ceasefire since July 1953 – have yet to reach a peace agreement, re-engage in economic partnerships, build an inter-Korean train line or reopen joint-tourism ventures that South Korean President Moon Jae-in promised to revive.

Part of the problem is that the United Nations has not lifted a single US-led economic sanction against Pyongyang. The other problem is that North Korea and the US cannot seem to get back to the negotiating table.

“The calculation in Washington is that serious sanctions relief will not come before a more serious breakdown of North Korea’s nuclear arsenal, and North Korea doesn’t seem to want to talk about that in much detail,” Ward said.

“One gets the impression that negotiations would have eventually broken down, anyway. It seems like North Korea had really unrealistic expectations.”

Other experts tend to agree. Not only have Trump and Kim Jong Un failed to talk again, but last year Pyongyang returned to its old habit of conducting short-range missile tests.

“The problem with the Hanoi summit was that it failed to achieve sanctions relief, and hence did not empower South Korea to offer sufficient carrots to keep engagement going,” said Leif-Eric Easley, a professor at Ewha University in Seoul.

“Expecting no immediate benefits from diplomacy, North Korea returned to its cycle of stonewalling, threatening and provoking.”

The future of engagement

Since talks in Hanoi broke down, one thing seems clear: Diplomatic dreams die in deadlock.

In Seoul, massive banners of the North and South Korean presidents shaking hands used to hang over city hall, and trucks equipped with billboard-sized monitors would roll through the city blasting pro-engagement messages.

Now, North Korea has routinely refused aid packages from President Moon – and much of the South Korean public’s focus has shifted to the nation’s slow-growing economy and youth unemployment woes. Fewer than half of citizens in their 20s are happy with Moon’s performance, according to recent polls.

“Things have gotten a lot worse, haven’t they?” Ward said. “Prior to the Hanoi Summit, I think we were still in the throes of an inter-Korean approach to things, and now that has gone very cold.” 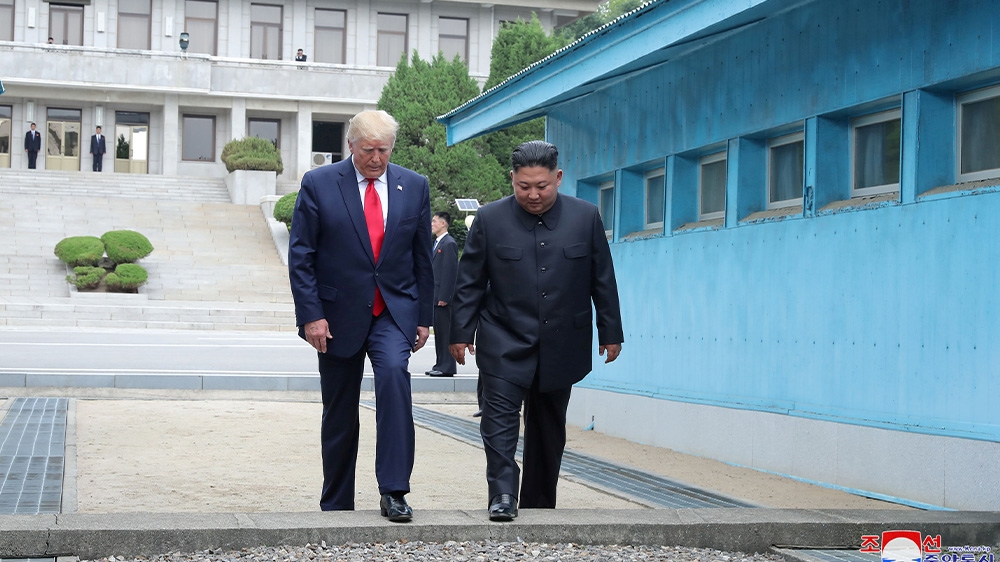 However, all is not lost.

Cheehyung Harrison Kim, a North Korea expert and professor at the University of Hawaii at Manoa, says he believes that previous summits between the two Koreas and the US helped lay the ground for a newfound international understanding of complex, yet otherwise ignored geopolitical issues.

“I think in the past year, there has been a very positive increase in the amount of meaningful public debate about North Korea. The Korean War, peace issues, sanctions and the negative impact of sanctions are all becoming general knowledge in the public,” Kim said. “We are moving on from the simple, one-sided view of North Korea, and I think that’s a very positive change.”

With the United States 2020 elections approaching, most of the Democratic frontrunners have at least commented on their plans for dealing with North Korea. Earlier this week, Vermont Senator Bernie Sanders criticised Trump’s approach to the Vietnam summit.

“Meeting with people who are antagonistic is, to me, not a bad thing to do,” Sanders said during an interview on CBS’s flagship programme, 60 Minutes. “I think, unfortunately, Trump went into that meeting unprepared. I think it was a photo opportunity, and did not have the kind of diplomatic work necessary to make it a success.”

“These are positive developments,” Kim said. “Elite-level politicians are finally willing to read and learn about how to advance the debate around North Korea and the issues of peace and engagement.”

Right now, two major distractions stand in the way of advancing nuclear talks with Pyongyang: the US presidential elections and the ongoing outbreak of the new coronavirus that causes COVID-19.

So far, nearly 81,000 cases of the virus have been detected around the world with South Korea in the throes of the world’s second-largest outbreak. While the two Koreas and the US might be distracted by the virus, some experts believe it could also force the three countries to engage. 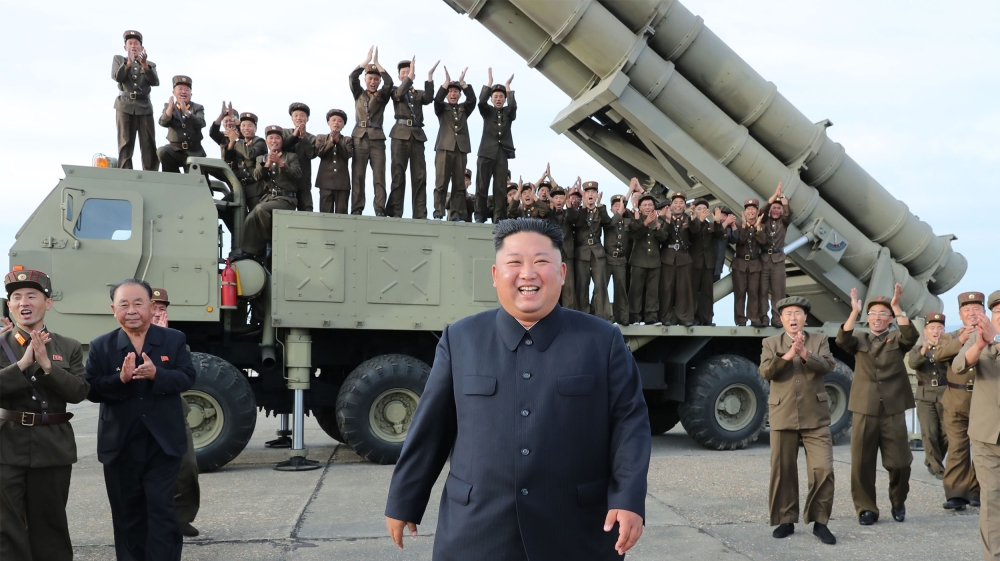 Since the collapse of talks with the US, North Korea has carried out a series of missile tests including a ‘newly developed super-large multiple rocket launcher’ last August [KCNA via AFP]

“I think the general South Korean public is distracted and is thinking there’s no way North Korea could have contained the virus, so any kind of plan of engagement or trade exchange is going to have to take a back seat,” Kim said. “But the Red Cross was allowed to enter North Korea, and though that’s a very limited sense of engagement, I think there’s an opportunity for North and South Korea to engage on humanitarian level. I’m sure that dialogue is already happening.”

In fact, the coronavirus may force North Korea – with its limited medical infrastructure and a struggling economy – to further open up or provoke other parties with missile tests.

“North Korea is under increasing stress because of the coronavirus outbreak in China. The revenue stream Kim was anticipating from tourism is running dry and the informal economy is suffering from draconian border and travel restrictions,” Easley said. “But [North Korea] probably won’t stay quiet for long because of the need for economic concessions [from sanctions].”

Meanwhile, Trump seems distracted by his campaign to secure a second term. The US president did not even mention North Korea during his annual State of the Union Address earlier this month.

“I think that says two things,” Ward said. “One, North Korea is not the priority and the Trump Administration is focused on other things domestically and abroad. Secondly, [engagement with North Korea] is a lukewarm achievement for Trump to tout, so he would rather mention something that looks more impressive.”

Joe Biden: Who is he and where does he stand on key issues? | News