Nigerian billionaire, Femi Otedola, is no doubt a man who has made an impact in the lives of many people. It seems his good works has been noticed and has now been recognized. 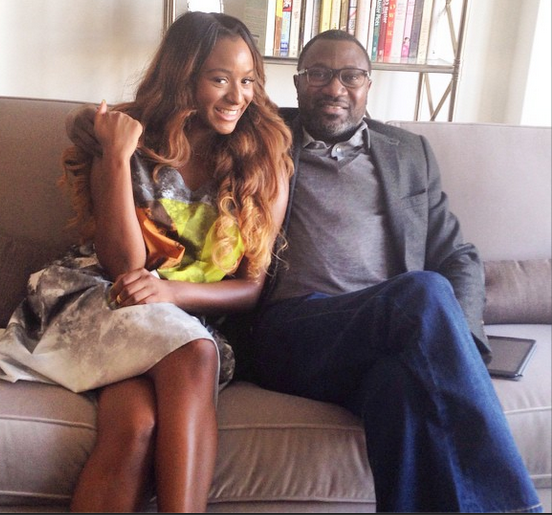 The billionaire businessman recently bagged a philanthropy award to the joy of his family members and well-wishers on social media. Femi Otedola’s celebrity DJ daughter, Ifeoluwa Florence Otedola aka DJ Cuppy, took to social media via her Instagram page to celebrate her father’s win. 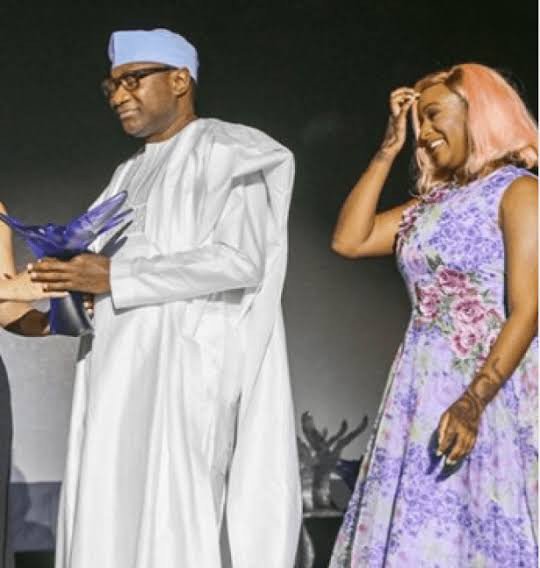 The young lady shared series of photos of her father collecting his Philanthropist of the Decade Award and she explained how proud she is of him.

DJ Cuppy said that she is very proud of her father and added that only a life lived for others is a life worthwhile.

In her caption she wrote: “O PROUD of my dad @FemiOtedola who won an award for Philanthropist of the Decade! Only a life lived for others is a life worthwhile…. #ThisDayAwards2020” 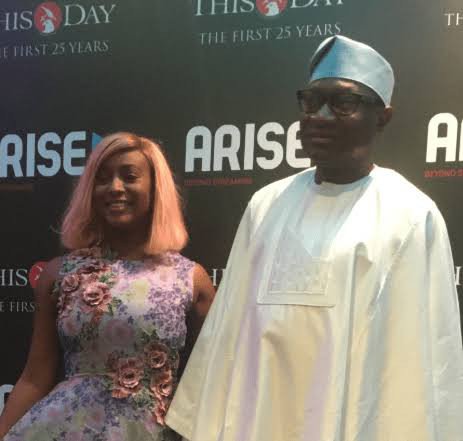 Femi Otedola also shared a video of the moment he received the recognition on his Instagram page. In his own caption, he wrote: “It was an honour to receive the “Philanthropist of the Decade” award from Thisday Newspaper … F.Ote” 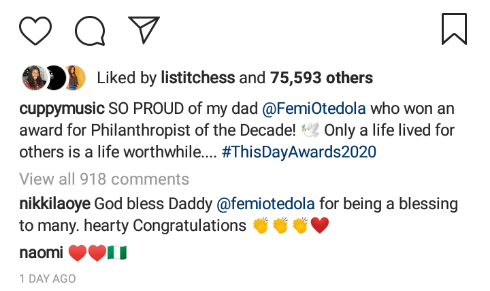