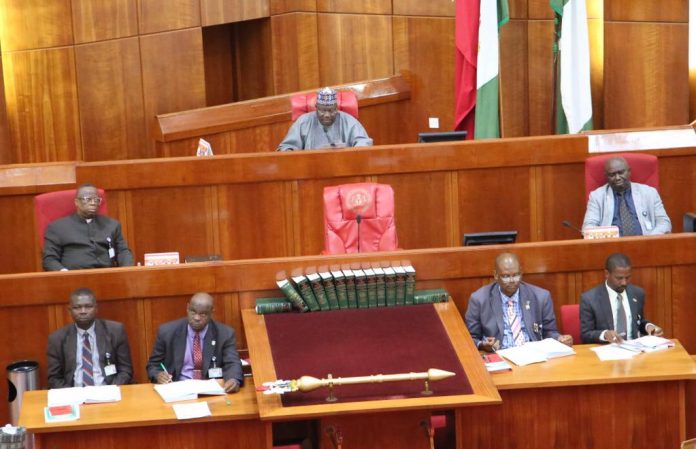 President of the Senate, Ahmad Lawan, has condemned the attack by yet unidentified gunmen on the country home of former President Goodluck Jonathan in Otuoke, Bayelsa State in the early hours of Tuesday.

Lawan described the attack, which reportedly claimed the life of a soldier on guard duty at the location, as despicable.

He said the incident defies logic and should be condemned without reservation by all right-thinking Nigerians.

The Senate President called on the relevant security agency to get to the roots of the barbaric incident with a view to bringing those behind it to justice.

Lawan commended the security personnel on guard for their prompt response and bravery in foiling the dastardly intentions of the attackers and also commiserated with the family of the soldier who lost his life in the incident.

to President of the Senate

I Sit Here With A Clear Conscience, Honouring My Oath Of Office, President Buhari Tells New U S Ambassador

Sambo Dasuki Released After Over Four Years In Detention – GCFRNG