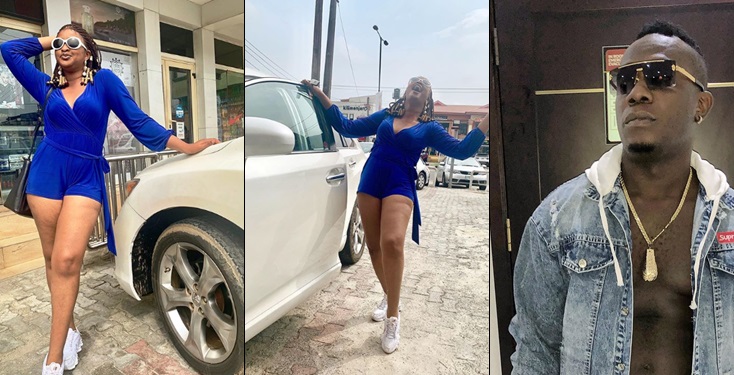 Actress and comedienne, Etinosa has reacted to the call out by singer Duncan Mighty by declaring her assets.

Recall that earlier today, Duncan Mighty called out Etinosa for announcing that she received a Mercedes Benz car gift from a fan few weeks ago.

Duncan took a swipe at the actress after she was spotted posing with a white 2009 Toyota Venza and not the Benz car she claimed she was gifted by a fan in Dubai.

Hours after the call out, Etinosa, took to social media to list all the cars she has acquired. She also wrote about how she avoids leading a fake life… 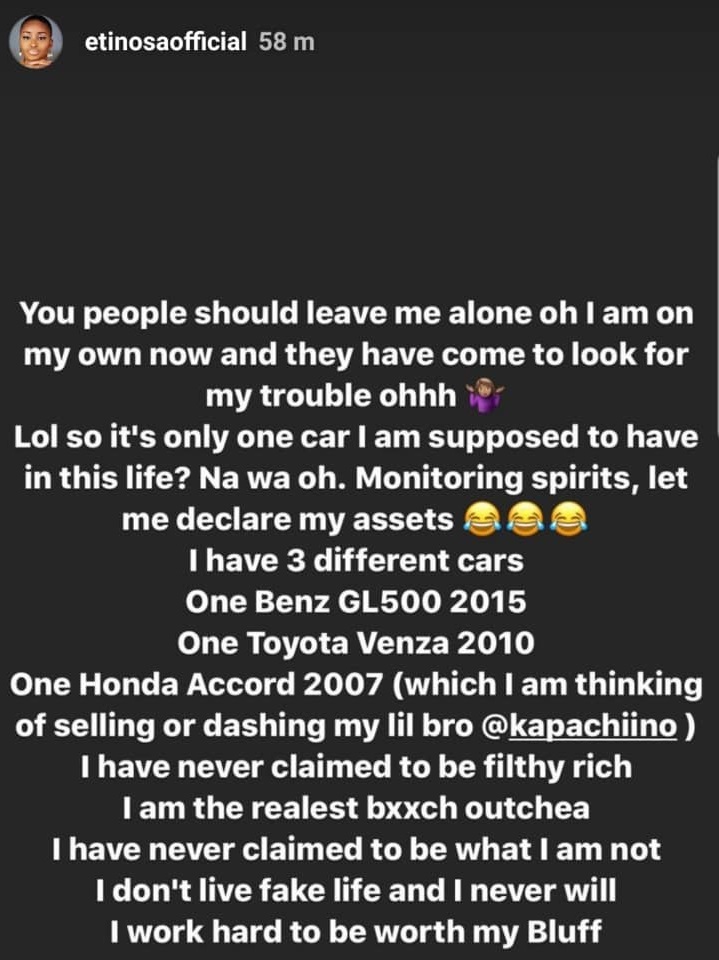 The post I don’t live fake life and I never will – Etinosa declares assets as she reacts to Duncan Mighty’s callout appeared first on Within Nigeria.

Some men just don’t want to be in their child’s life or have love for them – Ubi Franklin’s baby mama, Sandra reacts to Toyin Lawani’s post on ‘blocking men’

Olamide is the Artiste of the Decade – M.I Abaga – GCFRNG

To make Advert inquiries or place an order, please contact us at [email protected]gmail.com or 08073063036 and we’ll reply to you with our Ad rates and other necessary information.