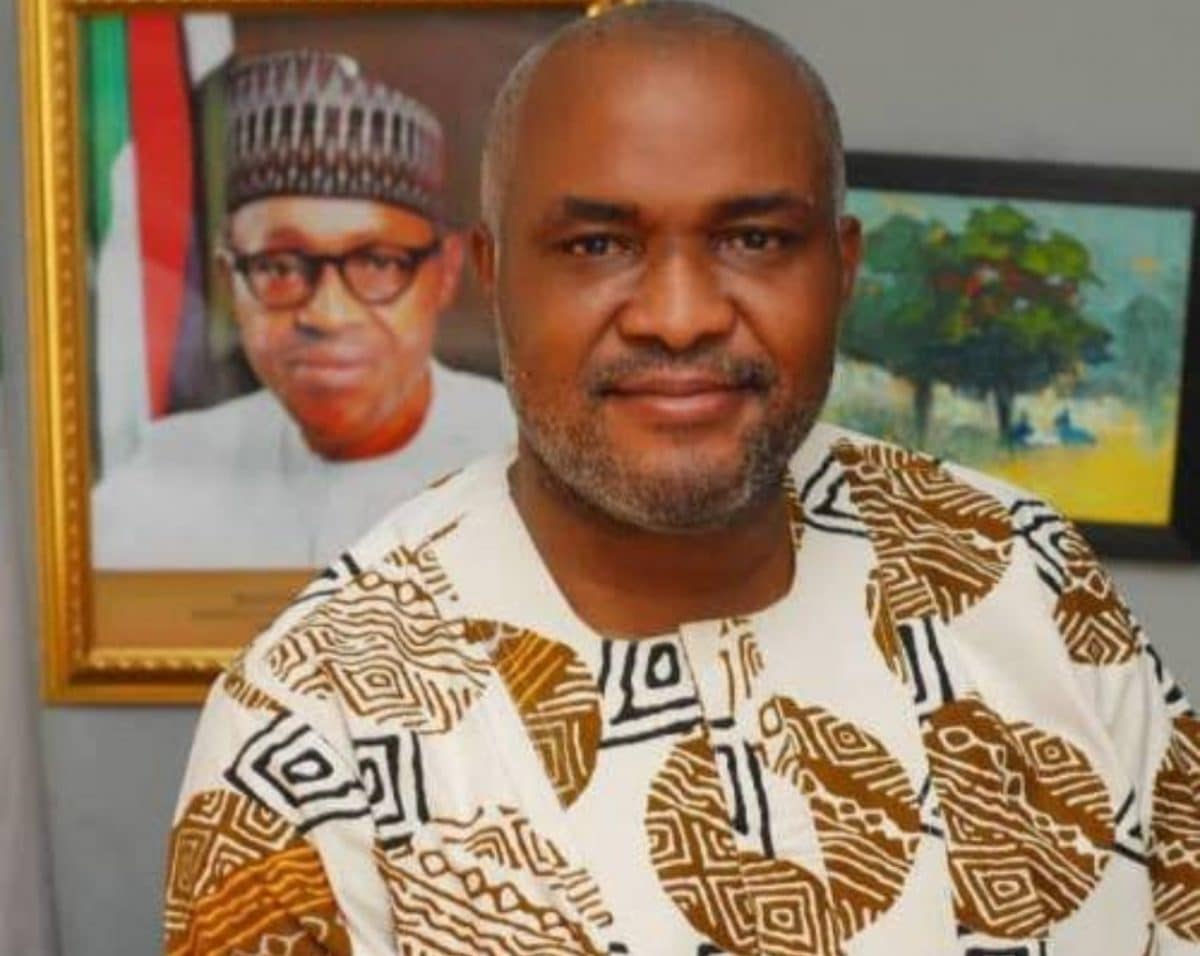 Lieutenant General Tukur Yusuf Buratai is a hard core military officer with some impressive academic laurels. He is reputed to have garnered good enough battle field’s credentials which in the first instance qualified him for the top job in What is regarded as the biggest Army in Africa.

But he has also shown dexterity for effective media and public communication. The Nigerian Army runs an open and an accessible media department. Nigeria is blessed also with highly trained professional media workers. I must, therefore, state that there is a working synergy between the media and the Army. This active partnership intensified with the coming of the current Army Chief of Staff.

As the head of the Nigerian Army at a time of tumultuous national security challenge thrown at us by the armed Boko haram terrorists, he has not shied away from leading the battle from the war front. Wherever he goes, the media is kept abreast of the progress of the war on terror in line with the Freedom of information Act of the Federal Republic of Nigeria.

On one of his many visits to the flashpoints of the war on terror in the North East of Nigeria, he was quoted in the media as throwing some words of caution to the media practitioners on the need to exercise professional caution and play the social responsibility role as the conscience of the nation in total compliance with the section 22 of the constitution of the Federal Republic of Nigeria.

It is notorious that section 22 of the Nigerian constitution provides as follows: “The press, radio, television and other agencies of the mass media shall at all times be free to uphold the fundamental objectives contained in this chapter and to uphold the responsibility and accountability of the government to the people”.

As a public officer abreast of these noble roles assigned to the media, the chief of Army staff as I said, challenged the media practitioners to ensure that the terrorists unleashing devastating destructions and violence on the Nigerian state are not made social celebrities through generous reportage of their dare-devil activities.

Buratai, a Lieutenant General, said addressing the insurgents with titles like ISWAP, or JAS only glorifies and gives them “undue publicity.”

He said calling the insurgents such names “has further boosted the image of the criminal gang thus assuming larger than life status.”

Buratai made the plea in Maiduguri while visiting troops in the North-east.

Speaking through the acting Director Army Public Relation, Sagir Musa, the army chief said “it is wrong for any person to eulogize or support murderers, bandits and armed robbers that the known Boko Haram terrorists group has turned into.

“Consequently, referring to such gang of criminals, bandits, insurgents such as Boko Haram Terrorists Group, JAS or ISWAP in Nigeria could amount to supporting or encouraging terrorism.”

His words: “the Chief of Army Staff said that it is also important to note that the mode of operation of these elements is pure criminality for personal gains.

“It is common knowledge that the criminals no longer pretend to be championing any cause other than quest for materialism as manifested in murder and terror on hapless people.”

He said Gen. Buratai had pleaded that “as peace loving people, Nigerians should not be glorifying these criminals by calling them by any name other than “criminals,” “rapists,” “kidnappers”, “armed robbers” and “murderers.”

“Unfortunately, many Nigerians are not aware that giving prominence to the criminal activities of the terrorists group through sensational headlines and fake news in both electronic and print media could also amount to tacit support to terrorism which violates the Terrorism Prevention Act 2011.

“It is therefore important that all Nigerians to rally round our gallant troops as they fight these criminals. All should know that the support to the efforts of the Armed Forces of Nigeria in the counter terrorism efforts would boost their morale and it will be highly appreciated.

“The Nigerian Army is asking for the continued understanding and cooperation of all Nigerians and well-meaning people.”

There is no gain saying the obvious that these observations by the top military officer is a reality that the media managers must confront with the zeal that it requires so as not to endanger the nation’s national security interests.

The observations have also come at a time a certain vexatious glamorization of the terrorists occurred in some sections of the media.

This has to do with a report that went viral to the effect that the boko haram terrorist have signified their intention to bomb south African interests to teach the government of president Cyril Ramaphosa a lesson on why he must not encourage xenophobic violence against Nigerians and other blacks living in south Africa by black South Africans.

The purveyors of these sorts of tainted story may have set out to confer undue high profile status on boko haram terrorists and to rubbish the current Nigerian government over what is perceived as a weak response to the cocktails of xenophobic attacks against other blacks by black South Africans.

Ironically, this substantial fake news trended alongside another tendentious and unsubstantiated rumor of the bombing of the south African embassy in Abuja circulated resulting in the intervention by the Nigerian government which rightly showed that the video been circulated was from the scene of the previous bomb attack some years back at the Barnex plaza vicinity in Wuse 2, Abuja.

In effect, what it implies for the media to continue to give generous coverage to the terrorists in glamourizing characteristic is what Robert Greene spoke about in the Number 7 law of powers of his book on the laws of powers thus: “Get others to do the work for you, but always take the credit”.

It therefore goes without further debate to stress that if the media glamour created by the media for the terrorists is not checked it means that terrorists have used the media to reap the advantage of this number 7 law as enunciated by the journalist Mr. Robert Greene.

However, we must pause and ask the hard question whether this glamorization of the activities of boko haram terrorists is a deliberate ploy to undermine national security.

As a media practitioner myself, and after over two decades on the job, I must emphatically state that the Nigerian media does not have any deliberate agenda to destabilize national security.

I must state that the media in a lot of occasions, have actually demonstrated the highest sense of national duty to the truth just as the observance of the virtue of objectivity, balance and adherence to the truth in news reporting, is the guiding principle of many national media houses that I know. And I know so many.

Another question to ask is if the pursuit for commercial profits may have influenced the texture, color and sometimes sensational headlines the media manager gives to stories on the terror activities of Boko haram in the last ten years unknowingly.

To this question, I will refer to the authoritative media book by Dan F. Hahn titled: “Political Communication; Rhetoric, Government and Citizens”.

The author is of the opinion that media houses are in business essentially to make profit in as much as they are ethically guided to adhere to their social responsibility duty to the nation in which they operate.

He wrote that the media are biased towards what makes money.

“The commercial media exist to make money for the owners. Like any business they do what they must to make. Political ideologues who assume media personnel are in the business of “selling” political positions misunderstands the business in which media owners and practitioners are engaged. What media really do is sell their readers and viewers to their advertisers. The more readers or viewers they have, the more they charge for an ad. That means they have to keep the public happy, which they cannot do if they are too obviously political”.

The author also examined this commercial theme governing the running of media industry as follows:“Their commercial nature favors whatever will make money and leads to at least two deleterious effects that have political consequences—trivialization and a conflict orientation”

Citing the well respected Peter J. Boyer, the author of Who Killed CBS, a book about the history of the CBS News Division, the author was quick to remind us that the pursuit of profits as the essence of media business makes it stronger to attribute the trivialization of the news to the money-seeking nature of television.

He argues that when the big corporations took over the television networks, one of the first changes was to order that the news divisions, which always had been partially subsidized by the entertainment divisions, henceforth would have to pay for themselves. To meet that demands the news divisions “weapons agreements gave way to coverage of Zsa Zsa’s misdemeanor assault trial”.

He reminds us also that: “Another major effect of the moneymaking demand on media is a focus on conflict to the detriment of the search for truth.”

He quoted Deborah Tannen, professor of linguistics at Georgetown University and the author of You Just Don’t Understand, as having successfully explained this thesis in a recent article.

She claims that in our society there is a fundamental belief that truth emerges from opposition. That too applies to our climes.

Delving further on the underlying comercial interest behind media business, the author reminds us that Deborah Tannen said that orientation of essentially focusing on profits may explain why we place so much faith in debate.

But, Dan Hahn stated that as Tannen points out, the media—as moneymaking institutions—do not seek out the most reasonable and informed partisans to represent the two sides.

Rather, he said they often choose and air extreme views to satisfy the audience’s predilection for “watching a fight”.

“Two problems, then: (1) the truth may not emerge from the clash of the two sides, because there may actually be four or five or twenty sides, and (2) even if the truth is there someplace, in what Tannen calls the “complex middle” rather than in the “simplified extremists who were brought together to produce steam for ratings rather than light for decision-making.”

But to be candid, the position of Lieutenant General Tukur Yusuf Buratai is not far from the sacred task and duty that the constitution imposes on the media to balance their pursuit for profits viz-a-viz the need to safeguard national security interest which section 22 of the Nigerian Constitution has clearly espoused.

The media must play the role of agenda setting mechanics of the nation state.

Also, the overwhelming demand of the greatest number of Nigerians is that the Army be supported to very rapidly restore stability to national security.

This isn’t too much to demand from the media.

I hereby second the motion by General Buratai that the media plays the role of key stakeholders in the protection of our national security interest.

Ronaldo reveals why he is better than Messi

What President Buhari discussed with state assembly Speakers in Abuja