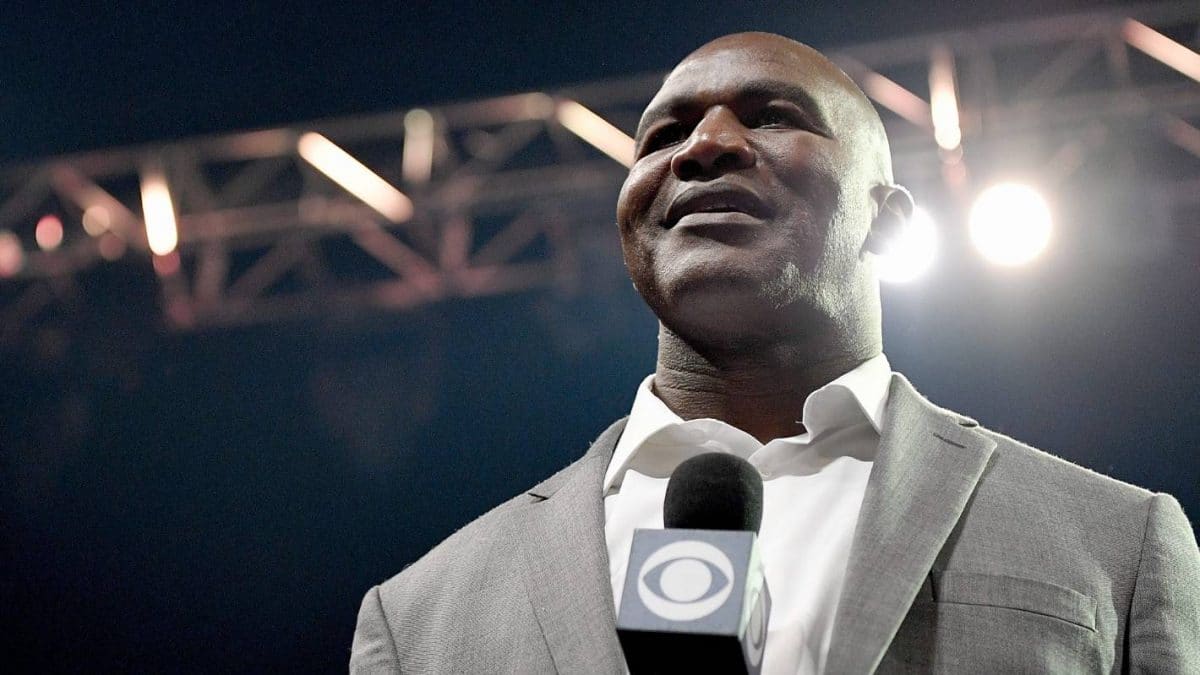 Ruiz stunned the boxing world when he knocked Joshua down four times before stopping him in the seventh round of their heavyweight world title fight in June.

The 30-year-old will put his three belts back on the line in the rematch when the rivals clash in the desert of Saudi Arabia on December 7.

Speaking to World Boxing News, Holyfield said: “Andy Ruiz Jr. really can fight. He has fast hands and can really hit hard. But nobody seem to know it.

“Everyone is thinking it’s a fluke (that he beat Anthony Joshua the first time), but the guy showed he can get up from being knocked down. He got took down and got back up to win.”

Holyfield added: “You look at Ruiz and he doesn’t look like he can fight at all. Nothing tells you he can fight, but he can fight.

“I knew that he could fight because I sparred with him. At the time, I was 46 and he was 19. I couldn’t believe a 19-year-old could be that good and so aggressive, he would chase me down.

“I’m like, ‘I’m the heavyweight champion of the world, who’s he trying to chase down?’ It was just amazing the confidence that he had and the persistence to cut the ring down even in sparring.

“So, I know that persistently, he will fight that same fight that he fought last time. If he’s (Joshua) not ready to have someone in his face in the whole fight, then it could end up the same way again.”

Femi Fani-Kayode: NIgeria at 59, Buhari and the Yoruba